Special Thanks To Debra McLain for her contribution to our April 2019 Newsletter.

Debra McLain is a writer residing in Lemoore, California. ‘To Conquer or Die Trying’,
her first book of poetry, gives the reader a glimpse of her life. Debra’s soul-baring
poem, ‘Innocence Lost’ received a lot of recognition in social media. Once considered a ‘taboo’ subject, she opened up the lines of communication regarding sexual
abuse. One poem gave many of her readers the courage to tell others of their own
abuse for the first time. She writes of her eating disorder that lasted over twentyeight years as well as the peace she found through spirituality. From depression to
healing, her words will touch you.

Debra's books are available on Amazon:

To Conquer Or Die Trying Purchase this Book

Silhouettes of My Soul Purchase this Book 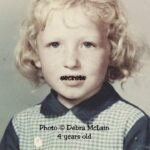 Life was not gentle for the little girl,

surviving in a treacherous world.

Predators, pretending to be confidants;

her innocence devoured by lust.

lurking in the shadows of her bedroom.

invading her most sacred spaces.

Reprimanded and labeled 'too sensitive';

Starvation was her weapon of choice;

a longing for lungs made out of dust.

bars consisting of self-loathing and depreciation.

existing on ice chips and determination.

Blue lips and fingernails; both signs

Warmth became something she longed for,

in the dark caverns of her double king bed.

Life; the only barrier between Heaven and earth.

Starving for affection and a loving embrace,

her prayers for death went unanswered.

Forced to live a life of self-destruction.

Excerpt from the book 'To Conquer or Die Trying', available on Debra's author page: 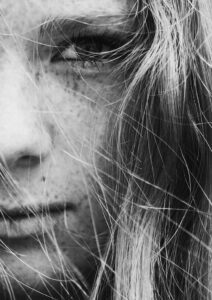 I have been a victim,

of every type of abuse.

Neglect from a mother,

who turned a blind eye,

was tainted and used.

I have been raped and tortured,

I continued to live,

with each gasping breath.

I have grieved so often,

my soul is branded with pain.

I have loved with a fire,

then burned by the flames.

Brought down to my knees,

I was never the same.

All of these lessons,

are a part of me.

a warrior came to be.

I am a survivor,

I am no longer a woman,

who hides my head in shame.

I am not perfect,

I do not expect to be.

There is a wounded little girl,

who wants to be free.

It took me awhile,

but I finally see.